Turkmenistan is a state in Central Asia, washed by the Caspian Sea in the west and bordering with Kazakhstan, Uzbekistan, Afghanistan and Iran (by sea also with Russia and Azerbaijan). 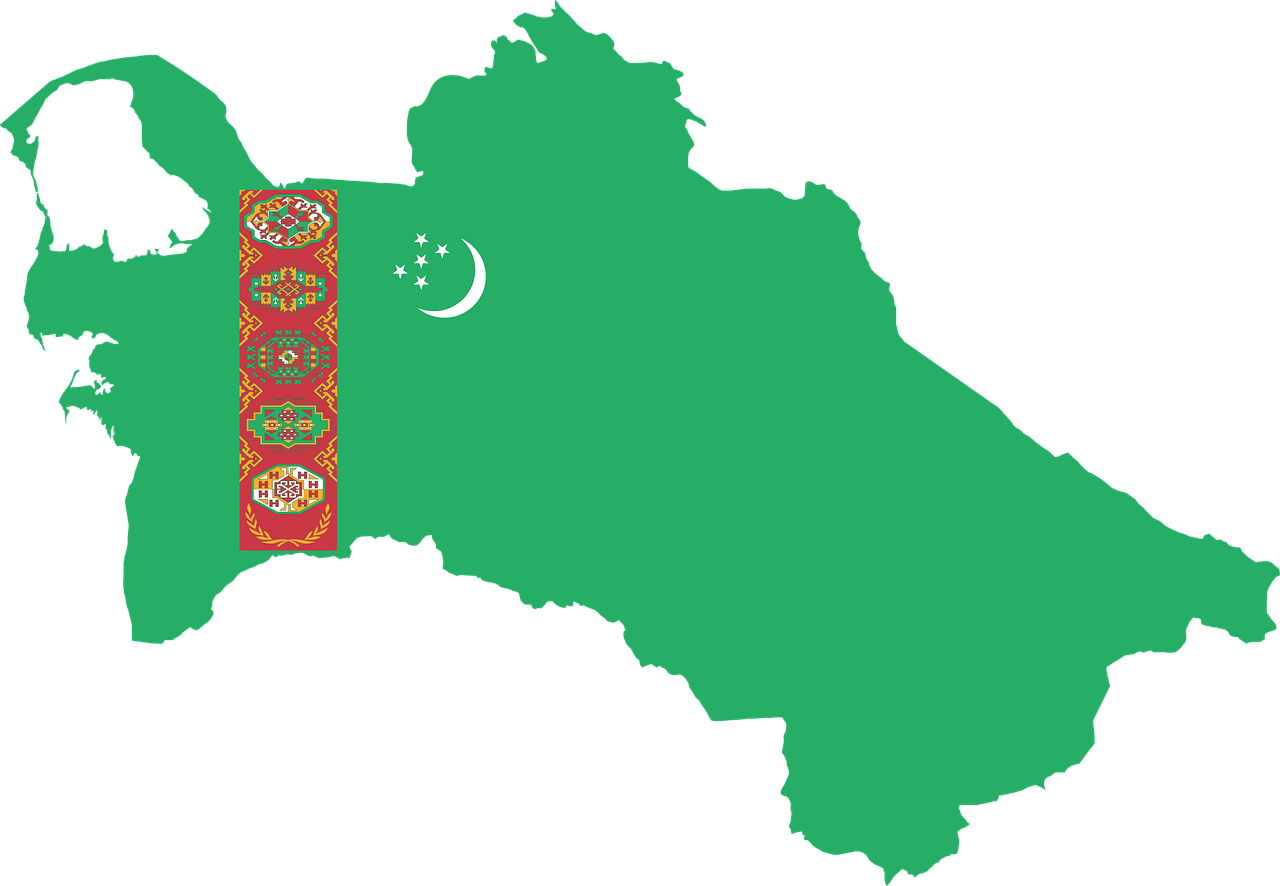 The territory of the country is spread over 491,200 square km. The lands of Turkmenistan are 80% deserts. Far less fertile than their neighbors, they nevertheless make the state one of the world leaders in natural gas production.

The indigenous people of Turkmenistan are Turkmen, they make up 91% of the population, 3% are Uzbeks and 2% are Russians. Teaching in secondary schools is conducted in Turkmen. A significant number of Uzbeks live along the valley of the Amudarya River near the Turkmen-Uzbek border. Kazakhs are concentrated mainly in the north of Turkmenistan and along the coast of the Caspian Sea.

The country is ruled by the president. The past decade has quite changed the political system of the state. If until 2006 S. Niyazov was the permanent president, then the current head should be elected for a term of up to five years. The legislation in the country deals with the parliament, the Majlis. Before S. Niyazov’s death, the People’s Council, the Hulk Maslakhaty, also engaged in the preparation of draft laws, functioned in the country. Relatively recently, the party began to appear.

The only state language is Turkmen, which is natural, since the population consists of more than 77 percent Turkmen. However, many local people speak both Russian and Uzbek quite well.

The monetary unit is manat. It is possible to make payments in the country only in manats consisting of 100 tenge. The use of another currency is officially prohibited. 0,29 USD=1 TMT.

The overwhelming majority of the population - 89% practice Sunni Islam, 9% - Christianity. Only 2 percent is from other religions.

Hours in Turkmenistan do not translate. It constantly differs in a big way from Greenwich for five hours.

Sockets are used standards B and F. The voltage in them is 220 volts with a frequency of 50 hertz.

Turkmenistan has a rich cultural heritage created over thousands of years. The excavations of Nisa (18 km from Ashkhabad), the capital of the ancient Parthian state, which existed at the turn of the 1st millennium BC, testify to this, in particular - I millennium AD there are remains of urban quarters, temples, palaces. During the excavations of Nisa, elegant rhytons (goblets in the shape of a horn) made of ivory, sculptures made of clay and stone, coins, and archival records on clay tablets were found. These findings are of global importance.

The best time to visit Turkmenistan is spring (from March to May) and autumn (from September to November). From March to May, Turkmenistan is painted with fresh greens, and the sweet scent of flowering trees is in the air. September and October can also give a lot of pleasant sensations when the summer heat was asleep, but nature still does not think to fall asleep. Particularly comfortable climatic conditions for recreation has the capital of Turkmenistan.

How to dress in Turkmenistan

As in most secular states of Central Asia, in Turkmenistan there are no official prohibitions regarding the styles and colors of clothing. On the streets you can often meet people in national attire, but local residents do not condemn the wearing of European trousers, dresses and other clothes.

The only thing to avoid is visiting shrines in improper and overly open clothing. The hot climate of the country involves wearing the most lightweight clothing, mainly made of cotton and other natural fabrics.

Despite their nomadic roots, to some extent present in the majority of the Central Asian republics, the people of Turkmenistan did not reduce their culinary traditions to merely types of roasted meat. 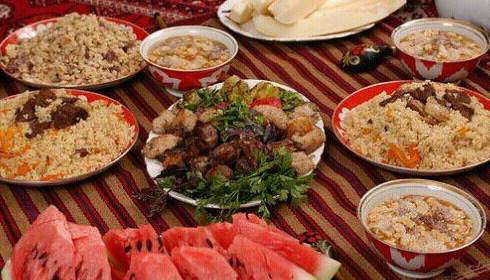 Undoubtedly, meat played and plays an important role in the preparation of national dishes, but in this country, not so much the second dishes, as the first ones are common.

Nowhere in Central Asia will there be as many types of soups as in Turkmenistan. This flour soup umpach-zashi, and pea soup Gaynatma, and tomato Gara-Chorba, and many other options. What unites all this diversity is that the base for each type of soup is chorba - lamb broth. This is the same broth, which is customary to drink from the Kazakhs and which, having tucked in vegetables, Uzbeks (shurpa) serve to the table.

It should be noted that in Turkmenistan, the use of seafood in cooking is much more developed than in other countries of the region. This is due to the presence of the Caspian Sea - a reliable supplier of this kind of product to local markets. Therefore, such dishes as balyk-gavurdak - fish, baked in pots, are an integral element of the feast of local residents.