Tajikistan is considered one of the most ancient states in the world. On the territory of this country there was once a small part of the famous ancient Eastern state of Sogdiana. 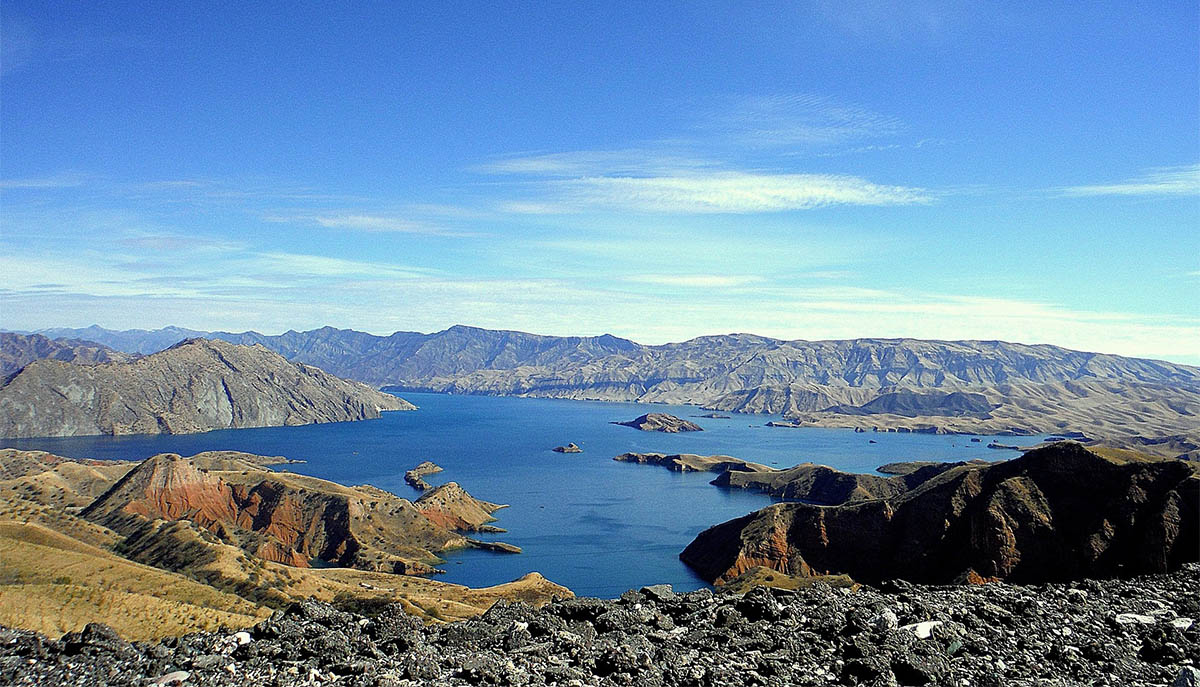 Tajikistan is located in Central Asia. It borders this amazing state with Kyrgyzstan and Uzbekistan in the west and north. The eastern neighbor is China. And in the south, the state border separates Tajikistan and Afghanistan. It is worth noting that the country does not have access to the sea.

Tajikistan is picturesque country in Central Asia, its territory including the highest mountain systems in Central Asia, the Pamirs and Tien Shan, numerous mountain lakes, mountain villages detached from the civilisation, a dam which is the highest in the world, carpets of millions of irises, poppies and edelweiss flowers, crystal waterfalls and a number of historical and architectural monuments.

The most successful time to visit Tajikistan among tourists is spring (March – May). At this time, the lowlands turn into a huge flower carpet. The period from July to September is considered favorable for climbing the Pamirs. Hiking around the country and trekking is better in September, this is period very comfortable for the visiting Tajikistan. 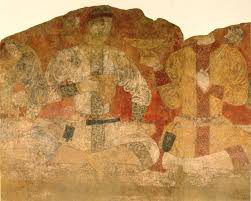 Bactria, Sogd and Khorezm, whose main economic activity was irrigational farming. In 6-4 centuries. Bactria was ruled by the Iranian Achaemenids, Alexander the Great. The territory of present-day Tajikistan was part of the Greco-Bactrian kingdoms, and then of the Kushan kingdoms, and was invaded by the Ephtalites and the Turks.

To the beginning of the 8th and 9th centuries. can be attributed to the formation of the Tajik nationality. The origin of the name "Tajik" refers to the time of the Arab conquest (8b), and denoting the crowned, or a man of noble blood. In the 13th century, the Mongols conquered the territory of Tajikistan. In the 16th century it was conquered by the Uzbeks and became part of the Bukhara Khanate.

Today’s Tajikistan is popular among trekking lovers, who are eager to follow the numerous routes in the fabulously beautiful Mountains and the highlands of the Pamirs and Tien Shan, mountaineers, who are attracted by high mountain peaks, among which are Ismail Somoni Peak (former Communism Peak, 7,495 m) and some others, jeep travellers, whose favourite road is the famous Pamir Highway, professional scientists and researchers, who study the ancient monuments and historical events, and ordinary people, who are interested in learning old legends in solitary settlements high in the mountains and who wish to visit places where the foot of man has never stepped.

At all times Tajikistan has been attractive as an important section of the Great Silk Route, the economic and cultural artery of the East.

The capital of the country is Dushanbe, and the 8 districts surrounding it form an individual administrative unit. The population of Dushanbe is 764 thousand people (2013).

Ethnic composition. Representatives of over 80 ethnic groups populate Tajikistan, of which Tajik comprise 80 %, Uzbeks – 15.3 %, Russians – 1.1 % and Tartars – 0.3 %. Apart from Tajikistan, Tajik also live in Uzbekistan (about 4 %), northeastern Afghanistan (over 3.5 million people), Kyrgyzstan (in regions next to the border with Tajikistan), southeastern Kazakhstan and the Iranian province of Khurasan.

Tajikistan is ruled by the president, while the legislative functions are performed by a bicameral parliament, Majlisi Oli. Both the president and the members of the parliament are elected for a five-year term. The country features a multiparty system.

Tajik is an official language spoken almost everywhere throughout the country. However, Tajik often use Russian words in their speech, which is caused by the large number of dialects (over 50) differing strongly from one another. Thus, Russian is both an international language and a means of communication within Tajikistan.

The Tajik language belongs to the southwestern group of Iranian languages and includes a number of words that came from Russian, Arab and Uzbek. However, their portion is insignificant and Tajik easily communicate with people speaking the literary Persian language. 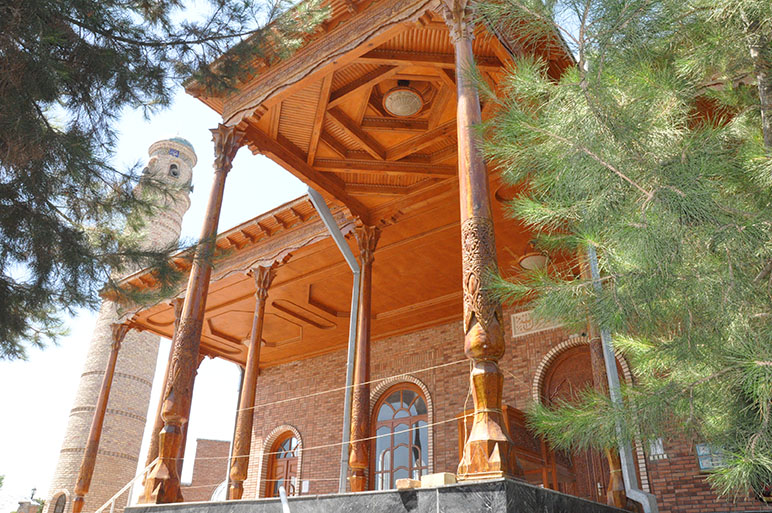 The hotels may have both the contemporary European-type sockets with wide holes and ground connection and the old Soviet-type sockets. Current with a voltage of 220 V and a frequency of 50 Hz is used throughout.

How to Dress in Tajikistan

The type of clothes to be chosen depends on the season and the region you are visiting. In cold seasons the clothes must protect from harsh winds, while in summer light cotton garments would be enough. Headdresses are compulsory for hot seasons.

The government makes no demands as to the style of clothes; however, you should keep in mind that Tajik are quite religious, and excessive openness of clothes may arouse dissatisfaction or unhealthy interest. If you are going to have an excursion into a mosque or another religious place, put on loose clothes covering your arms to the elbow and legs below the knees. For mountain hiking and climbing use outfit that conforms with the general rules of these sports.

Different Central Asian countries have a number of similar dishes, which is caused by interpenetration of cultures and the 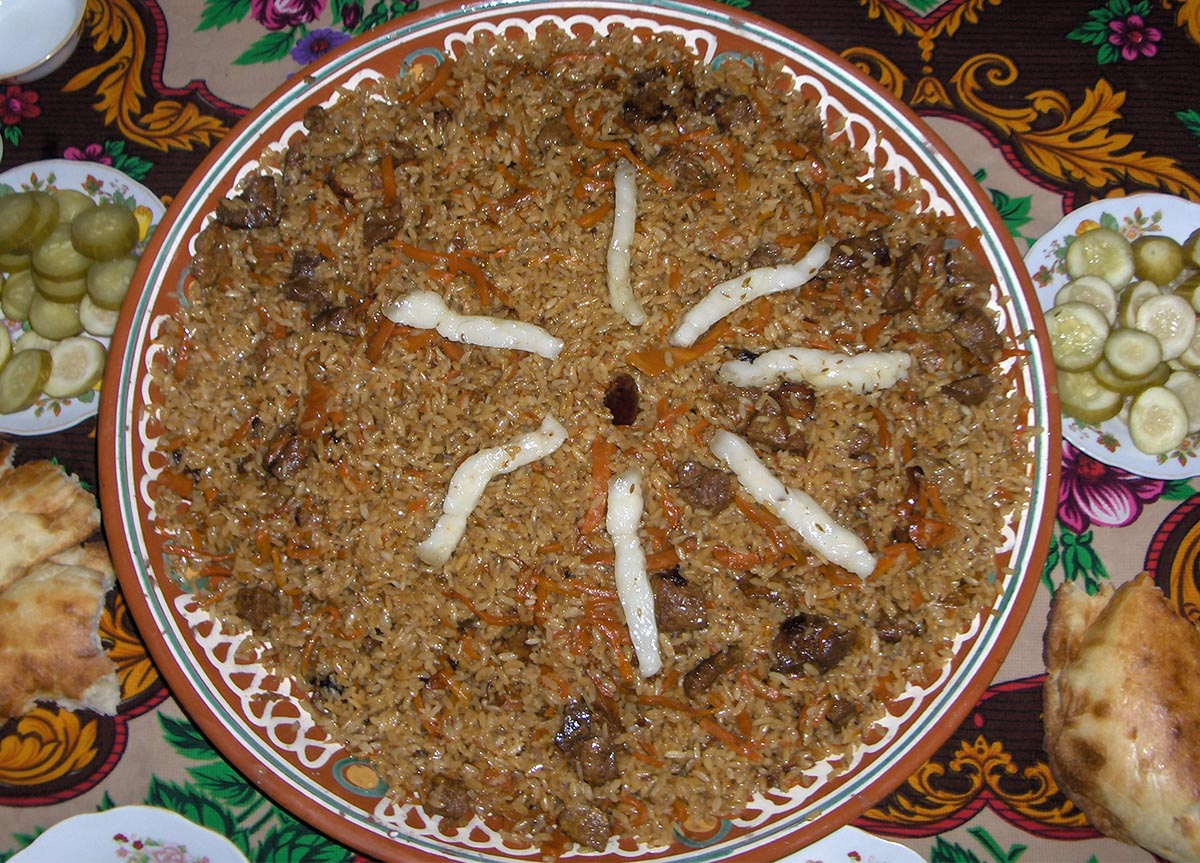 common culinary traditions of the peoples. The kitchens of Uzbekistan and Tajikistan have many common features. Manty, pilaf and kovurma lagmon are highly delicious dishes recommended to tourists visiting Tajikistan.

Tajik add a little more spice to their food than cooks in the neighbouring Uzbekistan and Turkmenistan, which makes the Tajik kitchen more like that of the Caucasian countries. Onion is also used in large amounts in the local cuisine.

Tajik demonstrate special attitude to bakery, which makes the country a real paradise for those who like baked foods. Tajikistan is the place where the unique traditional bread kulcha is made, which Tajik often eat for breakfast, together with appetising pasties with herbs and golden chuchvara.

Bringing pornographic materials, drugs, weapons, ammunition and printed matter that may be regarded as threat to the country’s political system to Tajikistan is prohibited. Medicines containing any narcotics may not be brought to Tajikistan, unless the person having them has a prescription for these medicines. 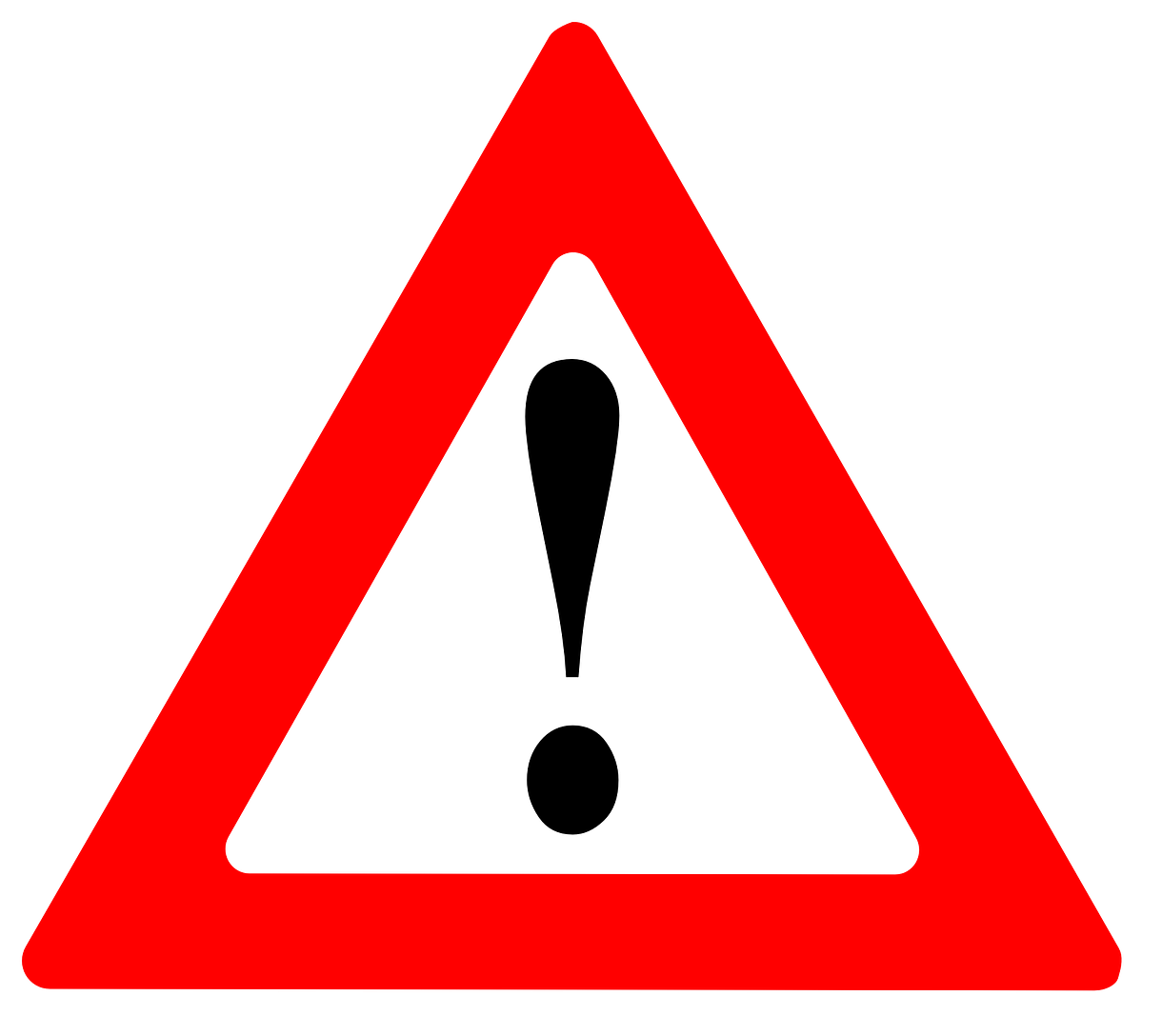 Foreigners are not allowed to bring the Tajik national currency, somoni, to the country, as well as to take it out of it. Among other items that may not be taken out of the country are any food, precious stones, gold and minerals. If you wish to buy a piece of jewellery as a souvenir, you should obtain a permission for taking it out of Tajikistan. If you want to take home a handmade article produced more than 50 years ago, you will have to get a certificate confirming that the article is not significant from the historical or cultural aspect.

The amount of foreign currency that is allowed to be brought to Tajikistan is unlimited. If the sum in any currency you take with you to Tajikistan is larger than $5,000, it must be declared. However, we strongly recommend that, when entering Tajikistan, you declare all the money you have, as the amount of cash money a foreigner is taking out of the country may not be larger than the sum he/she brought into it.

When leaving Tajikistan you must declare an amount exceeding $500. However, there are some particulars that should be taken into consideration: the amount of money you may take out of the country without any accompanying documents must not exceed $2,000. When carrying a sum of over $2,000 through customs, you must provide a document confirming the legality of the money. The customs declaration confirming that you brought foreign currency or currency values to Tajikistan may be such document.

monetary unit somoni. Foreign currency (US dollars, euros, roubles, tenge, Uzbek sum and Kyrgyz som), may be exchanged at banks in large cities and at numerous currency exchange offices, which you can find in almost any settlement throughout the country.

We recommend that you buy the local currency, somoni, in parts, as you spend it. You should not exchange money in the streets or at market places.

Bank cards Visa and MasterCard may be accepted at some hotels and large shops only in Dushanbe and Khujand. Cash dispensers (automated teller machines) can also be found in these two cities.

The quality of internet connection in Tajikistan depends on the size of a settlement: the larger is the town the better is the connection. Small villages may have no internet at all. Some hotels and restaurants in Dushanbe and other large cities feature Wi-Fi. Cybercafés can also be found only in large settlements.

Photographing and filming at military installations and airports is prohibited. When on an excursion to frontier areas, you should first learn from a guide or other responsible persons what you may photograph and what you may not. Besides, you should avoid photographing local people in the streets, particularly women and particularly those in national clothes, without asking their permission. Photographing and filming some historical monuments and other important objects may cost additional money.

When you come to choosing souvenirs and presents, you should first pay attention to gold-embroidered articles, as the items of this type made by local mistresses rival those made in Bukhara! 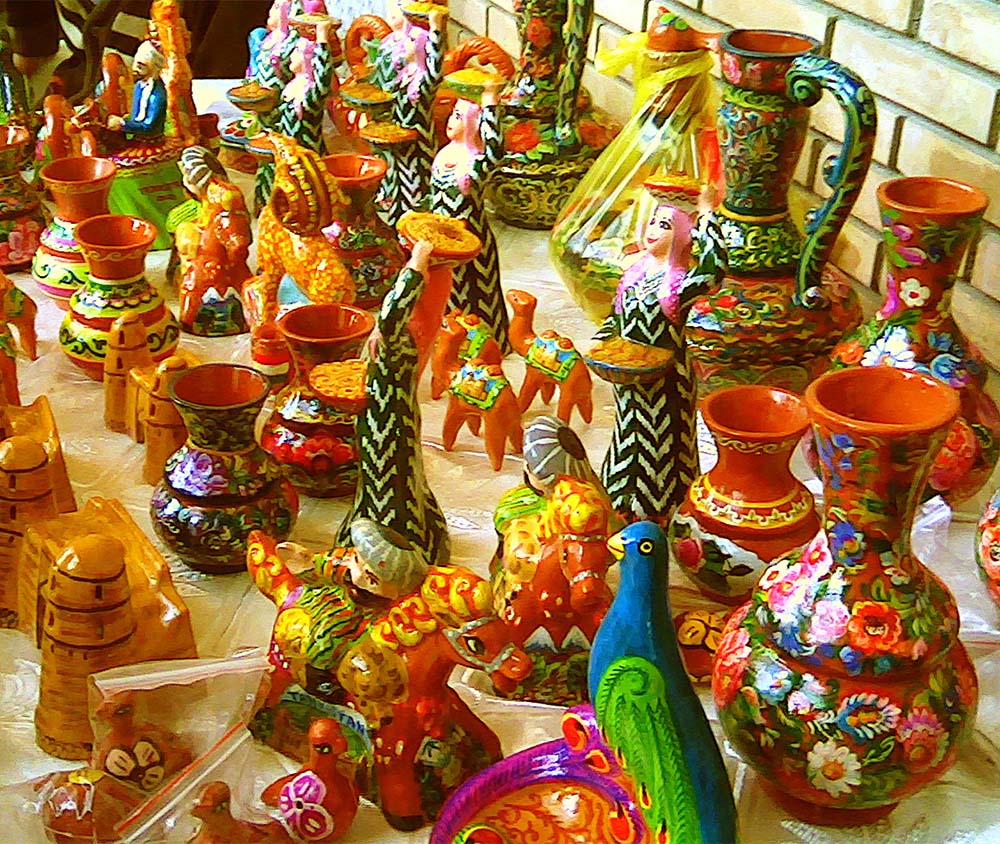 Possibly, some elements of the national clothes of Tajikistan can hardly be worn in other countries; however, handmade scarves and kerchiefs of various types, certainly, do not belong to this category.

Local handmade leather articles, such as charms, purses, wristlets, straps, shoes and a lot of other things, will appeal to those who are fond of souvenirs.

Unique ceramic items made using the ancient pottery technologies of Tajikistan, for instance, delicate salt cellars or incredibly beautiful dishes, can adorn a dinner table at any home.

If you buy a souvenir at a bazaar, you should enlist the help of a person who can tell an authentic article produced by local masters from a serial one made in China. An item bought at a souvenir shop can hardly be a fake; however, there you cannot bargain and therefore will be deprived of an opportunity to participate in one of the most enjoyable oriental customs – the bargaining.

If you want to phone somebody in Tajikistan from outside the country, you will have to dial the international exit code of the country you are in, add 992, Tajikistan area code / mobile network operator code and subscriber’s number.